When Paradise Pool Interiors were first called to Kandana residence to do a report on the pool it was clear there were problems with the pool, it was leaking in several places and had structural issues also. The owners decided to contract Paradise Pool Interiors to re-furbish their pool in PebbleSheen® arctic white, which complimented the terrace and surroundings.

After an extensive period of preparing the pool re-rendering it out, repairing cracks and waterproofing, Paradise Pool Interiors also put a large seating area with steps in, which they helped design and present to the client.

After 5 days of preparation and repair work Paradise Pool Interiors installed the PebbleSheen® finish to the shell in just two days, after a day acid washing the pool down, the owners were able to fill the pool immediately presenting them with a crystal clear, Paradise blue pool for the family to enjoy, and above all no leaks in the rooms below.

“Paradise Pool Interiors had the large task of taking on a pool that had been problematic for many years with leaks, cracks and de-lamination of tiles. The leaks were causing damage in the rooms below the pool and this was the main problem as we couldn’t use the rooms.

When we filled the pool we were absolutely delighted with the pools sharp, crystal clear approach which shimmered in the sunlight,but even more pleased with the fact that we did not have one leak where we had previously and were able to use the rooms previously affected, Paradise Pool Interiors told us they would get it fixed and that we had made the right choice, which was obvious on completion ! “ 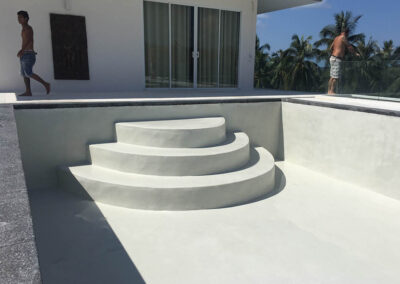 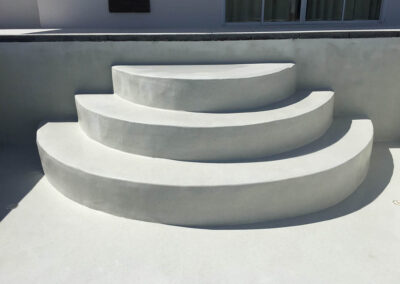 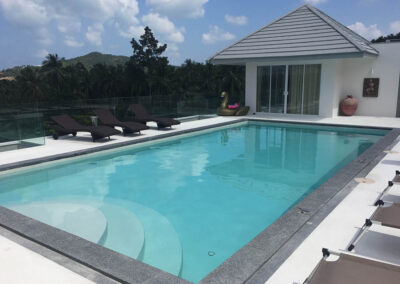 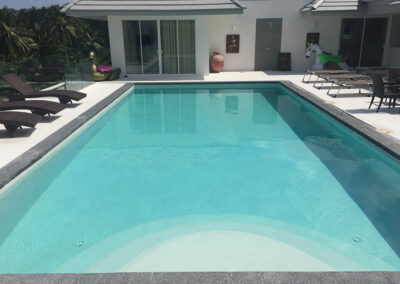 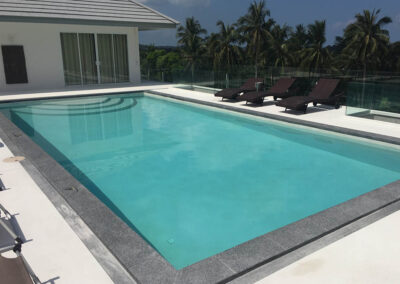 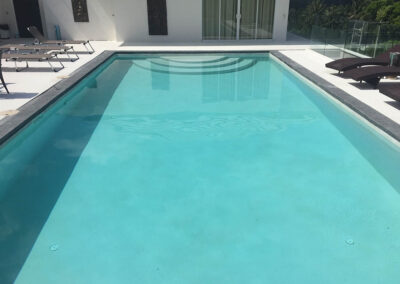 Are you in need of a new pool or a refurb?

Contact us today and find out how Paradise Pool Interiors can help you with your swimming pool !